Lou-Rich wants to congratulate ALMCO on reaching its 75th year of business. A member of the Innovance group of companies and 100% employee-owned, ALMCO is a sister company to Lou-Rich and is also based out of Albert Lea, MN. ALMCO specializes in vibratory finishing equipment and industrial parts washers. Some of their products include vibratory round bowls, vibratory tubs, barrel finishing machines, conveyor washers, and cabinet spray parts washers. Lou-Rich makes several fabricated components for ALMCO equipment.

Albert Lea Machine Company (ALMCO) had its start like so many great American companies, right after the end of World War II. From its humble beginnings in 1946, through several ownership changes and product innovations, ALMCO now is one of the leaders in vibratory finishing and parts washing equipment. ALMCO is proud of its heritage and is very excited about the future.

View some of the photos below to take a look back through the first 75 years of ALMCO’s history! 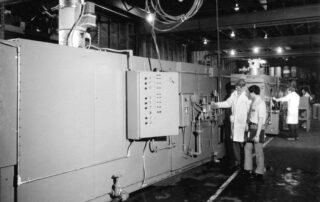 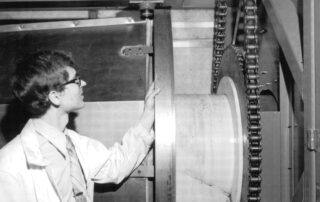 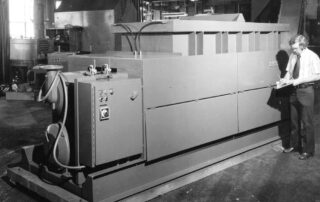 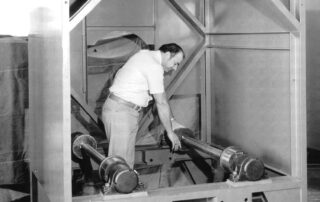 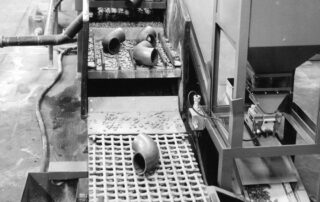 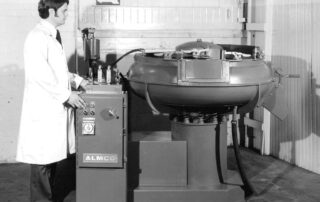 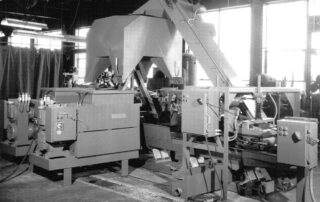