Glenn VanBeek has been a member of the Lou-Rich team for 32 years and is the Maintenance Supervisor. He started in 1990 and has worked on many teams over the years, including the ALMCO team (Lou-Rich’s sister company) and on the Lou-Rich Hayward team. In addition to a variety of teams, he has also worked in many different departments over the past 32 years including Fabrication, Paint, Tool Room, Assembly, Shipping & Receiving, and Maintenance.

As Maintenance Supervisor, Glenn oversees the plant maintenance for the Lou-Rich Front Street location, North Plant, as well as other buildings & facilities in the Albert Lea, MN area that are part of Innovance (Lou-Rich’s parent company).

When asked what working for an employee-owned company means to him, Glenn said, “To me it means that myself and fellow employees all have the same goal, to grow the company and treat it as our own. To help customers seek and maintain their goals.” What he enjoys most about his job is that each day is a new opportunity and challenge.

Glenn lives on a small hobby farm near Albert Lea, MN and has a son in the military. When Glenn is not working, he enjoys spending his time working on the farm, building projects, collecting, and hunting.

One recent and notable event that Glenn recently helped oversee was the flooding and cleanup of the Lou-Rich Front Street Facility.

This July, Albert Lea, MN experienced heavy rainfall of approximately 5-7’’ in less than 2 hours, causing a portion of the Lou-Rich facility to flood as high as 6-8’’. The city storm water drains couldn’t keep up to the excessive rainfall and water rose higher than the loading docks (which sit slightly lower than Front Street).

The Lou-Rich team worked quickly to keep areas and machinery as dry as possible and our employees safe. The doors to our Shipping & Receiving Department were closed to minimize the amount of water that came into the facility and a large crew worked well into the night to keep the flooding down.

“It was definitely a team effort. Team members from Paint, Assembly, Fab, CNC, Management, and our CEO all helped remove the water. I give all the credit to the Lou-Rich Team. Without them, there would have been a lot more damage and downtime to our facility. Their quick response and willingness to jump in allowed us to clean up quickly and be able to run operations the next morning,” stated Glenn VanBeek, Maintenance Supervisor.

Thank you for all your years of service and dedication to the Lou-Rich team, Glenn! 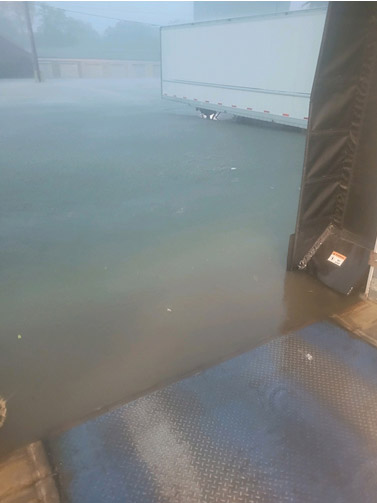 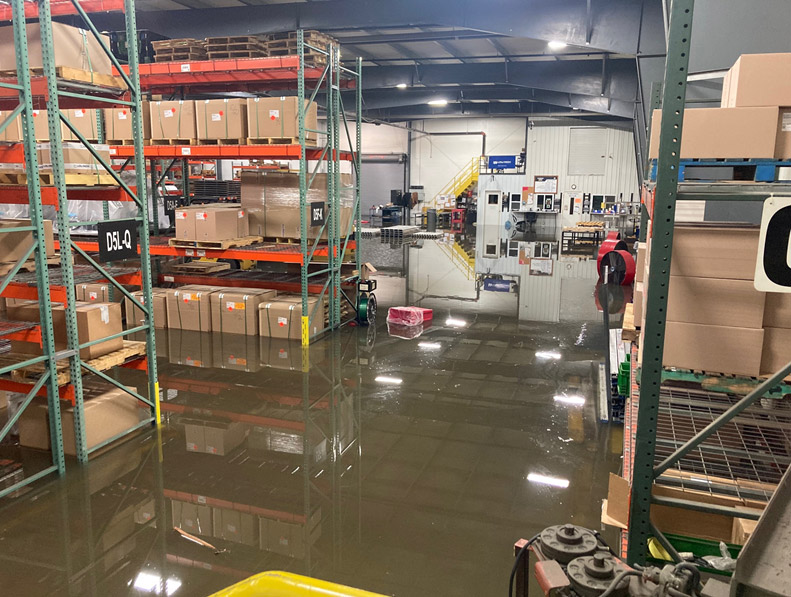 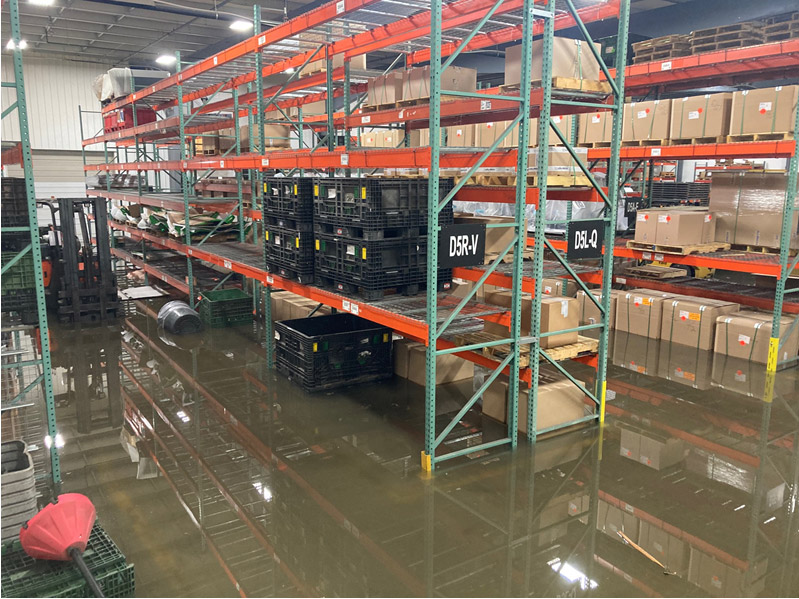